Why the Bible is great to invest time in

“The Bible is God’s Word, a book full of stories of heroes of our faith—Christian experts—the ones who really know how it works, the ones who figured it out.”

That’s often how we think. But is that actually true? Is the Bible really a chronicle of God’s perfect pupils? Is it really a collection of holy superstars?

Honestly, if those thoughts were true, I probably wouldn’t say that the Bible is encouraging in any way. But over and over again I do get encouraged by opening the Word—reading it, studying it and remembering his promises.

So let’s see, where did we miss it?

The Bible is full of people who thought they were not good enough, messed up and sometimes just didn’t get it. Think about Moses, he did well, but all of a sudden he was overcome by a fear of public speaking. Jacob’s story is full of moments of tricking others and being tricked himself. David was truly a man after God’s heart, but on the other hand he also had some serious issues with lust. Samson sings a similar song in the book of Judges. In the same book we read about Gideon beating wheat in a winepress, because he was hiding from his enemies. Peter was very active, but sometimes forgot about thinking towards what direction he should run. And finally, many of the letters in the New Testament were written to churches, only to clarify misunderstandings, bring correction and make things straight again. 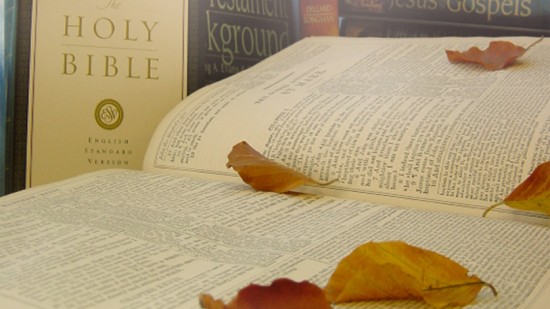 Well, all of that by itself is not that encouraging yet, but let’s keep thinking: What is more impressive, to make someone a great leader who already has it all together or someone with heaps of serious flaws? I would say that working with the latter takes so much more commitment! And that’s what God does over and over! He works with simple people, with the unfinished, with people struggling and battling through problems. Why? Because he believes in us; he believes in you and me.

I like Gideon’s story. As I mentioned earlier, Gideon is hiding in a winepress, which would have been in the ground, to make sure that he wouldn’t get caught by his enemies. All of a sudden the angel of the Lord shows up, calling him “mighty warrior.” Wow – this angel must have been blind or he approached the wrong person? Never mind, what actually is happening here is that this angel is calling out Gideon’s potential. And as we continue to read Gideon’s story, we see that Gideon grows into his potential, he does become a mighty warrior.

But God not only helps us through these lows, he goes even further and identifies with us in our unfinished status. Think about Jacob’s story – his life is pretty messy until he wrestles with God (see Genesis 32). There, God gives him a new name, “Israel.” Psalm 46:7 says this: “The Lord Almighty is with us; the God of Jacob is our fortress.” Isn’t it interesting that it says, “God of Jacob” and not God of “Israel?” God fixes Jacob’s life and therefore has all the rights to identify with the new version of Jacob, but he doesn’t. In this Psalm he is called “God of Jacob;” he is not afraid to be called “the God of the weak and unfinished.” To me, that’s truly encouraging.

I want to encourage you, as you read your Bible, let’s not just look at the outcomes, at the results and the big conclusions, but let’s also observe where the Biblical characters came from, how God led them into greater wholeness and fruitfulness. God has great plans for your life; it’s surely not too late. He’s after you to restore and rebuild you, and he wants to wash, transform and purify you through his Word. Be encouraged and keep reading!

Marcel, from Switzerland, completed his DTS in New Zealand and leads our July DTS  with his wife Cecilia here at YWAM Lausanne.

Want to learn more about our upcoming schools? 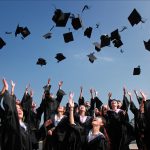 Degrees in the University of the Nationspicture, U OF N 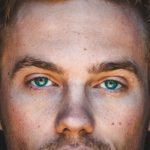