In the summer of 1980, YWAM Lausanne received a student for the DTS (Discipleship Training School). He was Swiss, single, and had a desire to walk in obedience to God´s purpose and plan for his life. He had a call to South America and this period was crucial for him to see the unfolding of the next steps he needed to take.

Fast-forward to the spring of 2018. The season began with lots of prayer and excitement as the spring came with flowers, sunshine and great expectation for the staff and students. Among those coming to join as staff was a couple from Brazil. Roland and Isabel Zwahlen. They came to participate in the preparation for a Living Word School that will begin next fall. As they got acquainted with the routine of the campus and knowing the staff and new students, the story of Roland’s DTS in 1980 came up. It was great to rediscover places he visited as a DTS student and share the ways God had been directing his life in the last 38 years.  God had a wonderful surprise for Roland during his time in Lausanne. He was to see part of the result of his work in South America in the very place where his journey of faith and obedience started.

After his DTS Roland had gone to Spain to do a language school and learn Spanish so he could travel to South America, not as a tourist, but as someone who would live there for the rest of his life. In Spain he met Isabel, got married, and after a brief period back in Switzerland, they went to Brazil for good.

In Brazil, they began working in an orphanage. When they were married for two years and they had a one-year old baby boy. Isabel remembers Roland’s words before they assumed responsibility for the 37 children. He said, “We are not going there for one or two years. We will commit at least five years.” They stayed for 19 years. The couple had two more children. When Isabel was pregnant with their third son, a pastor came to visit and talk about four boys in an orphanage he had in his church. Something had gone very badly for him and he had to vacate the house. The only remaining children were these four and the YWAM orphanage was his last hope.

They got a strong sense from God that they should receive the four boys. Among them was a 10-year-old boy who had lived on the street since he was six. He was brought to the orphanage and lived a few years with that pastor, but now things were once more changing.

The boy’s name was Ronaldo and he grew up to be a missionary too. He left the YWAM Children’s Home (the children named it this because they didn´t like the word ‘orphanage’) at age 18, but he came back at age 20 to do his DTS and worked as missionary in Nepal. In 2015, Ronaldo moved with his family to Romania.

In 2018 Ronaldo came to Zurich to visit a friend. He knew that Roland and Isabel were in Switzerland also, they had been apart but not without contact. Although their obedience to God’s call has taken them different ways, after 14 years they would meet again in Lausanne.

A room was prepared with much care and love to receive the family. Ronaldo, his wife Fernanda, and their three daughters, Meggie, Emily, and Isabella spent a weekend with Roland and Isabel. It was a time to bless each other with memories of the story they shared in the past, some tears, lots of laughter, and hearts full of gratitude and praise for the faithful God who is directing their lives.

When you embrace a journey of faith, of walking with God, you can always trust and expect his “goodness and love will follow you all the days of your life.” 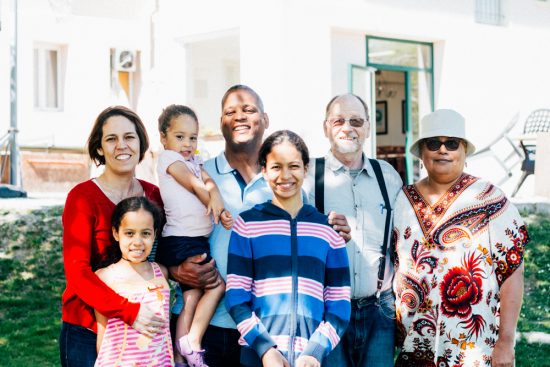 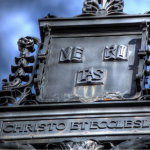 Are Faith and the Bible enough?DTS, SBS, U OF N 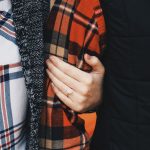