Brazil – a leading nation. What just happened at ‘The Send.’

You’ve likely heard of the recent conference in Brazil called The Send.

Covered by major news outlets including Fox News, the event has been called the “largest Christian simultaneous event in Brazil’s history.”

The conference, which was born out of a collaboration of Christian leaders and organisations, has The Great Commission (Matthew 28:18-20) as its core:

Then Jesus came to them and said, “All authority in heaven and on earth has been given to me. Therefore go and make disciples of all nations, baptizing them in the name of the Father and of the Son and of the Holy Spirit,and teaching them to obey everything I have commanded you. And surely I am with you always, to the very end of the age.”

The 12-hour event was held in three stadiums on the 8th of February 2020, and included continuous worship, intercession and teaching from speakers who called forth the Brazilian people to take action and fulfil The Great Commission.

The Send was first held last year in Orlando, Florida and was borne out of a previous movement named ‘The Call.’ ‘The Call,’ founded by Lou Engle focused on mobilising people in prayer and fasting, which then developed in collaboration with YWAM and other Christian organisations as leaders felt the word of God that it was time for a revival to begin in the earth.

During The Send Orlando, leaders of the movement sensed God guiding them to new nations and cultures as, for The Great Commission to truly be fulfilled, it takes all nations to be involved.

At the Orlando conference was where the seed was planted for The Send Brazil when, while speaking, Teofilo Hayashi, founder of the Dunamis movement, inspired by the Holy Spirit, shouted through the mic across the stadium in Portuguese: “It’s time for Brazil, You are a chosen nation!”

It was in that moment that it became obvious that Brazil was going to be used by God as a catalyst for the new thing which He is accomplishing in the earth. A nation whose fire God is going to use to spark a wave of missions.

So, The Send went to Brazil, where an astounding unity across the Body of Christ was clearly evident. Many generations, nationalities, denominations and Christians and Catholics alike, came together as one, praising God and committing to ‘go and make disciples of all nations.’

During the conference, many made commitments that will impact not only their own lives but also the nations. Each commitment was a powerful declaration of the unified body to ‘Go’ and to see lasting fruit.

Here were the conference statistics:

The Send is continuing to follow up with people who took the step of faith to make these commitments. They are providing appropriate training and empowerment, believing with Brazil for what God is going to accomplish through a nation of believers who simply said “yes.”

At YWAM Lausanne we have watched with awe what God has done and continues to do in Brazil through The Send. As a missions training centre with a mandate to equip young people to reach the globe we were both at The Send in Brazil and are committed to be a part of seeing lasting fruit coming forth from the event.

On the 29th of September this year we are running our first Portuguese-English DTS – the Revive and Reach DTS – in response to the passion for missional training which was so evident at the conference. We have a heart to partner with what God is doing in Brazil and the nations and are excited to equip young people for missions!

The Spirit of God is clearly moving to create a new wave of missions. What began as the prayer and fasting conference The Call, has now become a revival-focused movement. We are watching eagerly, with readiness to be a part of what God is about to do next through The Send. The spark which has been ignited will continue to spread as locations Argentina and Kansas City are next to be holding the conference!

Want to learn more about the Revive and Reach DTS? 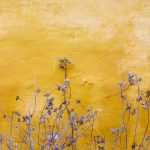