Are Faith and the Bible enough?

Are Faith and the Bible enough?

How we have misunderstood the reformation.

Sola Fide – the righteous shall live by faith
One of the most important things that the Reformation taught was ‘Sola Fide’: Salvation by Faith alone. This was a response to the teaching of the Church of Rome, which taught salvation had to be earned, either by doing good works, or by buying indulgences for your salvation or those of your family members.

Many Christians have interpreted ‘Sola Fide’ as ‘all you need is faith’; implying that knowledge of Truth is not necessary for salvation. This is a grave mistake. Faith and knowledge are closely related. Biblical faith is based on knowledge. It was the knowledge of God and His promise that empowered Abraham to leave his homeland in faith.

Knowledge is extremely important. The Bible tells us that the ‘people are destroyed by lack of knowledge’ (Hosea 4:6). God wants the ‘earth to be filled with knowledge of the glory of the Lord’ (Habakkuk 2:14). John writes Eternal life is knowledge of God (John 17:30).

Faith without knowledge is merely a ‘leap in the dark’, a presumption based on nothing at all. One of the sad results of ‘all you need is faith’ has been a prevailing current of anti-intellectualism within Evangelical Christianity

‘Sola Scriptura’ has come to be interpreted as ‘Read only the Bible’. This was never the intention of the reformers. The reformers also read Plato and Aristotle, Aquinas and Augustine. They wanted Christians to study God’s Word AND God’s Works. Out of this came the creation of many universities, such as Harvard with its motto VERITAS (Truth). We find this word on the Harvard crest represented by three books: the Book of God’s Word (God’s special revelation), the Book of God’s Works (the ‘general’ revelation of creation) and the book of Reason (logic). The bottom book was face down to indicate the limits of reason and the need for God’s continuous revelation.

Sadly, the misunderstanding that ‘Sola Scriptura’ meant ‘Read only the Bible’ caused evangelical Christians to lose the Protestant Universities and retreat into Bible Seminaries.

Reason and revelation
God called YWAM to start a University, not a Seminary. He desires that we study His Word and His Works. He wants us to use our reason submitted to Him so we can receive His revelation. This is the core of the Applied Christian Thinking (ACT) School.

Peter ( Netherlands/Switzerland) is on staff here at YWAM Lausanne and will be leading our upcoming Applied Christian Thinking School. 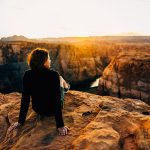 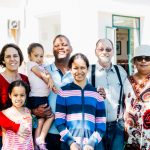