This year our town opened a new recycling center for its inhabitants. It is an impressive, shiny concrete building with lots of different colored containers. As I was spending my Saturday morning in a line of trash-filled luxury SUV’s (it’s a wealthy town), waiting for the entrance beam to lift, I reflected on how environmentalism has started to resemble a religion.

There is the sanctuary, in this case, a shiny recycling building. As we enter we partake in what we can define as some type of sacrament. We sort out our different types of trash and obediently throw them into the right bin. We know a lot of it will end up together in an incinerator somewhere, but the act of sorting makes us feel less guilty. We have brought the atonement sacrifice and are ready to indulge into another bout of our original sin, consumption. There is even a holiday: earth-day on the 22nd of April. And there is doctrine: the teaching of climate change. Which is infallible truth and not open to higher criticism. Woe to you if you are a heretic. You will be taxed, or worse…

What should be our position as Christians? Are we to be swept up in the big ‘green’ wave? Is recycling a Christian thing to do? Does the bible say anything about ecology or environmentalism? Are ‘Father God’ and ‘Mother Earth’ compatible? Here are a few thoughts:

A big danger of modern environmentalism is that it implies a very low view of human beings. On the one side, there is the materialistic point of view. Humans are but products of energy+time+chance. In this view, the core of our humanity, such as hopes, dreams, ambitions, and love, is lost. On the other side, there is the post-modern pantheist point of view. Humans are part of a greater, impersonal spirit with all the rest of nature. A small part of the ‘circle of life’. In this view, we will end up sacrificing human individuality.

Another weakness is that environmentalism does not offer a good explanation of natural evil. If nature is inherently good, what is there to say when random droughts, earthquakes or floods happen? Environmentalism offers only silence or a vague reference to climate change.

What should be the Christian’s motivation for taking care of the environment?

The secular motivation for taking care of the environment is either pragmatic (if the rainforest disappears we won’t have enough oxygen) or pantheistic (we are all one with Mother Earth), or a mix of both. The Christian motivation should be that the environment is really God’s creation and therefore has more than just pragmatic value. It is the handiwork of the Lover of our souls. Art made by the Great Artist. Entrusted in human hands to care for and develop. One day we will need to give account for how we have taken care of creation.

At the same time, Christians should teach that creation in itself does not have a personality or spirit. It is not to be worshiped as absolute. Only God is to be worshiped, and our love for Him should motivate us to care for His creation.

What’s our role as humans concerning the environment?

In secular environmentalism, humans are often seen as the source of all ecological problems. Sometimes you come away with the thought that if only there were no humans, all would be ok. The biblical answer to this question can be found in the grid of creation-fall-redemption. When humans were created they were living in perfect harmony with the rest of creation. Humans were different from the rest of creation, as they were made in the image of God with a moral capacity. They were given the role to take care and develop the rest of creation. We call this the ‘cultural mandate’ (Genesis 1:18, 2:15). The bible encourages humans to take what God has made and develop it further. The source of our environmental problems is NOT human development as God originally intended. We are not to passively sit back and let nature take its course. As good stewards we should develop the potential God has put into creation. We are to plant trees, harness the power of water, discover medicinal qualities of plants etc.

Why do humans abuse the environment?

Sadly because of the fall, humans relationship with the rest of creation crashed. Creation started to struggle against humans (Genesis 3:16-19) and humans started to abuse creation. We see the consequences of this today. First in natural evil, such as earthquakes, floods, droughts. And second in human evil such as greed, lust, and violence. Humans forgot about the Creator, put themselves in the center and abused creation for their own selfish purposes. We cut trees but don’t replant, carelessly dispose of toxic waste and patent plants with medicinal properties only to sell them for exorbitant prices.

Is there anything we can do?

Though Jesus’ redemption humans are able to regain their original purpose within the cultural mandate. Here we find our role as Christians: we are to get back to developing God’s creation to its full potential. With the added task that humans now become agents of Jesus’ redemption to a fallen creation. The Bible tells us that creation is ‘groaning’ (Romans 8:22), waiting to be redeemed. Humans can now participate in the process of making right what has gone wrong. We can irrigate deserts, recreate land out of the sea, develop high-yield food crops, find techniques to clean water, eradicate diseases and so on. So we can be the good stewards multiplying the extraordinary wealth the Master has entrusted us with.

Peter Randewijk is on staff with us here at YWAM Lausanne and is will be leading our upcoming Community Development School this coming January. Check out more of his blogs here!

Interested in our Community Development School this January? Inquire now! 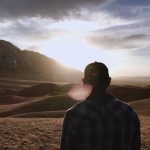 Why Is DTS The Best Way To Prepare For Missions?DTS, picture, Stories